The concept of Real Barbecue and great Ribs started out with a small family-style barbecue operation in 1989 on U.S. 41 in Fort Myers, Florida. With the success of that location a second restaurant opened in Cape Coral in 1990.

Having outgrown the small location on U.S. 41, by 1992, a move was made up the street to a larger building along with partners Paul and Craig Peden, successful restaurateurs in Southwest Florida for over 20 years. Later that same year, they converted a Fort Myers Beach location into a Rib City®, and the legend continued. In 1994, a location in North Naples was opened and Rib City’s® award-winning Baby Back Ribs were now available in two counties.

In 1995 the Father and Son partners, Paul and Craig Peden continued to grow the company and expand in new areas. As the awards piled up, the Peden’s added ten more locations within the next twenty-one years…East Fort Myers in 1996; East Naples in 1997; Immokalee in 1998; North Cape Coral and Lehigh Acres in 1999; St. Petersburg in 2002; Venice in 2004; North Fort Myers in 2005; Estero in 2011 and South Fort Myers in 2015. With 13 restaurant locations in four counties, Floridians (and visitors from all over the world) can enjoy Rib City’s® award-winning Baby Back Ribs and Barbecue that have now, some 27 years later, become “The Ribs That Legends Are Made Of…”

Through leadership, dedication and a love of the restaurant business, the Peden’s have been able to maintain a superior quality in their products and services. 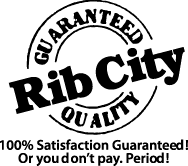 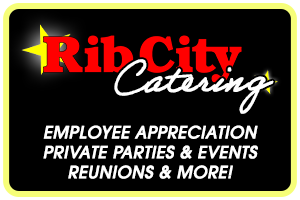